Lintence is notable for his dark-green, wavy and volumed hair style. He is mature, has slit-eyes and usually wears a serious look. He dons a long, black trenchcoat over a white shirt that is untucked, over black pants. His shoes are black cowboy boots. It is also noted that he wears black glovelettes.

Lintence is a loyal warrior to Glendan. He has a very serious and hostile demeanor. To fully utilize his skills, he would travel to cities and seek the environment to fulfill it. After days and months of wandering for over five years, he arrived at Glendan and had a battle with Alsheyra, who won him with an overwhelming defeat. He seems to only enjoy himself in combat.

Lintence wields the Heaven's Blade-Gloves. Using his incredible martial arts capabilities, he used his kei to create some of the largest and intricate steel wires to trap filth beasts like a spider. He's capable of splitting the steel wires to fatally cut through large filth beasts and can even create a circular cell to contain them if necessary. For unknown reasons, he mentored his Steel Wire skil to Layfon "Wolfstein" Alseif and helped train him into the fighter he is today. His competence as a mentor is far greater than Layfon, since the number of steel wires Lintence could amount to is known to be tens of thousands to hundreds of millions.

Anime
Not much is known about Lintence. He trained Layfon when he was chosen as the wielder of the Heaven's Blade-Sword. He taught Layfon the art of manipulating steel wires to allow him to use an alternative weapon in combat aside from the sword. After Layfon was ousted, Lintence didn't reveal any emotion to his pupil's exile. He continued to protect Grendan against the Filth Beasts. 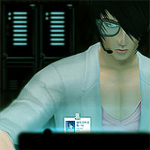 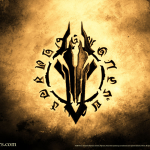 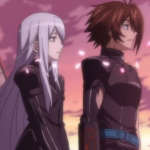